v. to pass to and fro upon, to frequent (a road, etc.); to traverse

n. The passing to and fro of persons, or of vehicles or vessels, along a road, railway, canal, or other route of transport

[adapted from the OED]

Bridges are built where the current shifts

from bank to band, as the river’s curve reverses.

There, foundations will be soundest,

on a vibrating string.

How is traffic mapped?  One common method seems to be color coding by speed: 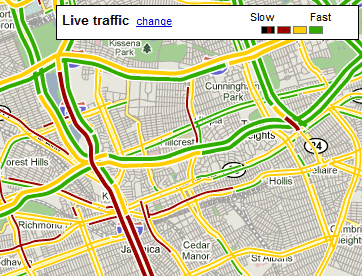 I envision traffic maps as something with arrows, reminiscent of the diagrams of a magnetic field: 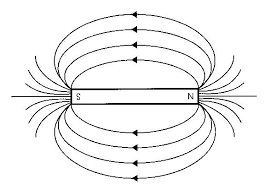 How about this for some inspiration: a map that shows only the direction of the roads, in tiny arrows, but not the roads themselves? I like the dancing metaphor that Andy Woodruff suggests as well. We could feasibly colour code the arrows by type of traffic, and have them appear as separate objects/groups of objects in hypercities. Could clicking on the arrow make information about the type of traffic pop up? 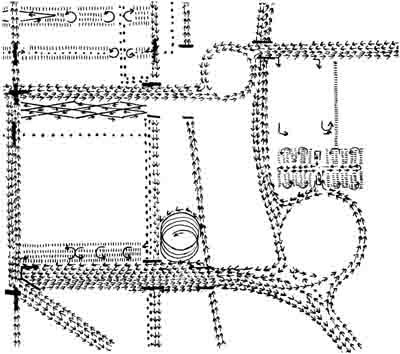 for those with a rudimentary knowledge of physics, this may also be reminiscent of a vector field diagram: